Chadley Kemp
Published: Jul 5th, 2021, 09:38
Korean IRL streamer, Jinnytty, was shocked after kids encouraged her to stream whilst in a pool, hinting at hot tub meta popularized by Amouranth and Indiefoxx on Twitch. Jinnytty is a popular Korean IRL Twitch streamer with over 586,000 followers and nearly 50 million views to date. She has grown quickly in popularity and is best known for adventure vlogs, song covers, and lifestyle streams. She is also good friends with Twitch star, Esfand.

Having been in the loop of IRL streaming for some time now, you would think she has seen it all. But nope, that’s certainly not the case. During a 4th of July stream in New York, Jinnytty was anticipating fireworks before she ran into a group of kids who attempted to entice her to get into the “hot tub” meta. Here’s what happened.

Standing underneath Queensboro Bridge in New York, Jinnytty was approached by a group of kids who struck up a conversation with her.

“Do you have a lot of money [...] are you rich?”, the one kid asked her”. Jinnytty burst out laughing and replied, “I mean I have enough money to travel”. The kid then proceeded to tell her that she “should buy a pool”, adding that “pools are really fun, you can swim”.

Unexpectedly, the kid then innocently added that “you can stream while you are in the pool”. 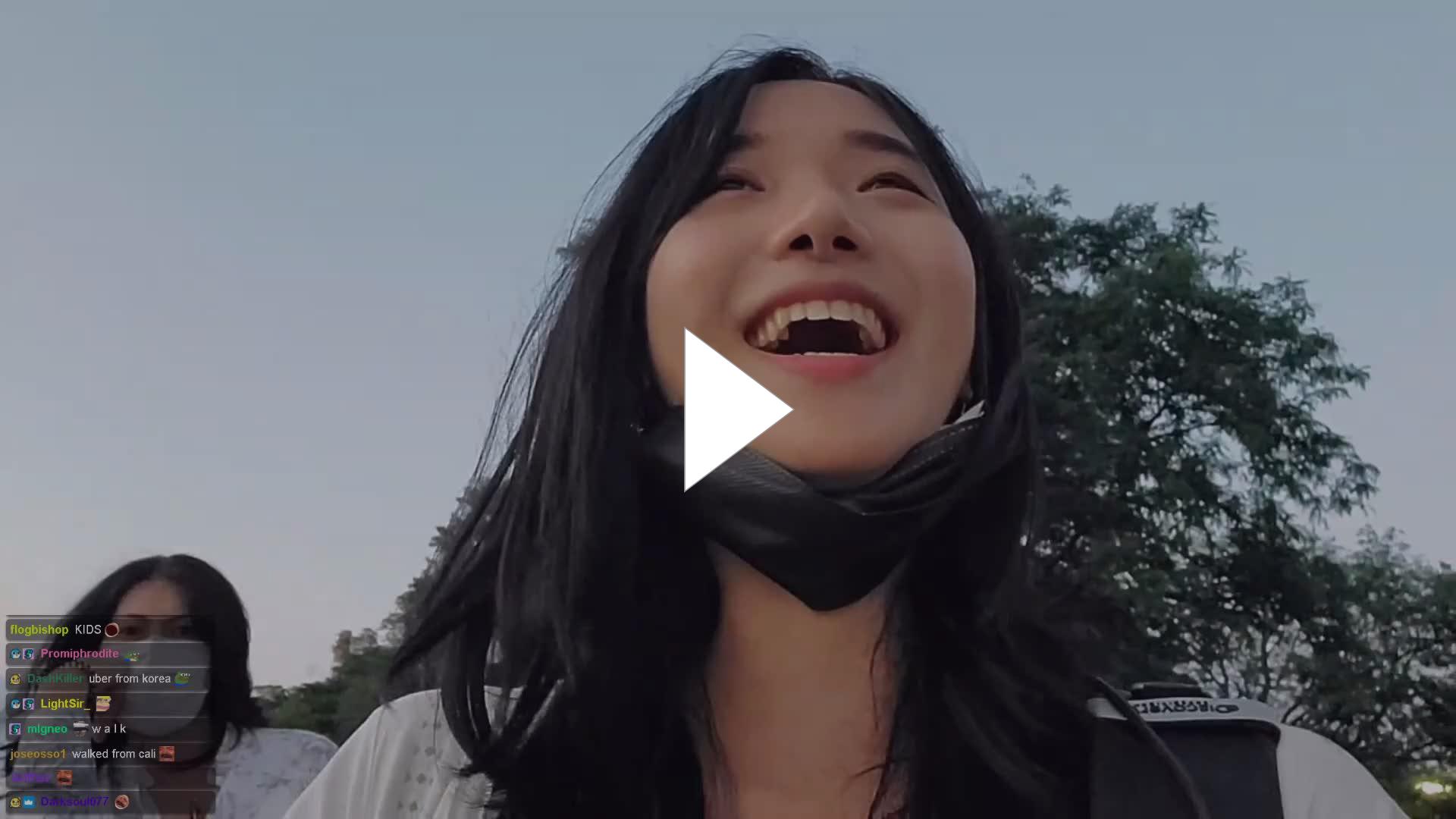 Clearly, this kid is on point with this one and certainly knows the meta. We gather that Jinnytty quickly picked up on the kid’s stark comment, as well as her fans who swiftly spammed her chat with emotes. Jinnytty dismissed the comment and proceed to chat with the kid as the conversation topic changed.

Later, Jinnytty had a laugh over the incident, saying that “they know the meta”. Indeed, Twitch’s new category, entitled “Pools, Hot Tubs, and Beaches” has been well received by viewers and this incident may demonstrate its reach to vulnerable audiences.

We speculate that the kid’s comment was innocent, but this doesn’t dismiss the ease of accessibility to provocative content by kids on the streaming platform.

It is at least reassuring that Twitch has taken action, following community outcry by Alinity, Pokimane, and others, regarding repeat offenders like Kaitlyn “Amouranth” Siragusa and Jenelle “Indiefoxx” Dagres who have had their share of controversial stints in the Hot Tub and ASMR categories.