by
Andrés Aquino
The 100 Thieves content creator has scored his biggest guest yet by having the 'Old Town Road' composer on the show. Twitch streamer AustinShow, formerly known as RajjPatel, widely known for his show, Love or Host, has scored perhaps his biggest guest star to date, as rapper and viral sensation Lil Nas X is set to appear this upcoming 28th March.

Announced via Twitter, the reveal garnered a ton of attention, with thousands of people already signing up to participate in this once-in-a-lifetime event. 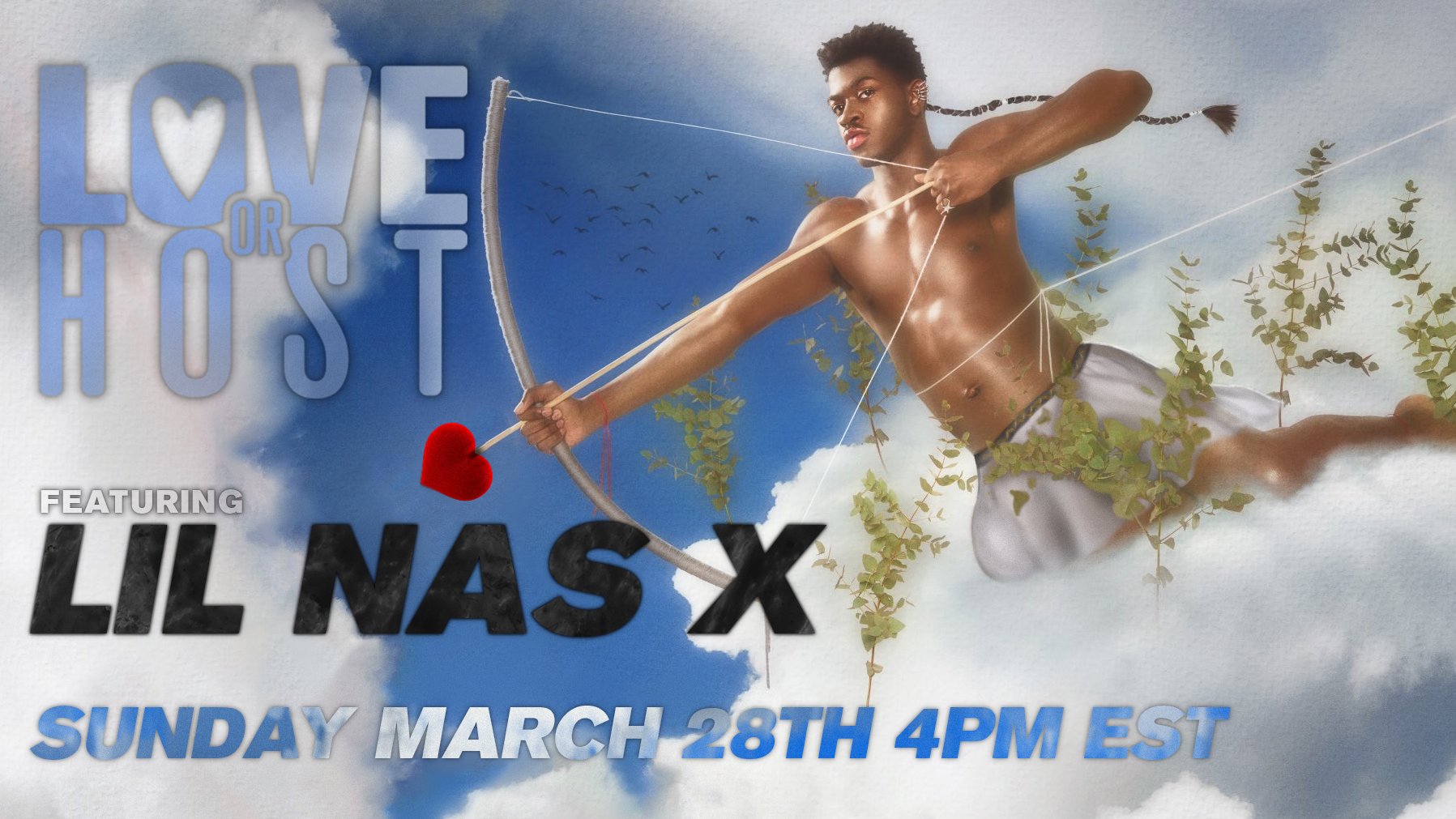 According to the creator, Love or Host is a "dating show for entertainment purposes," with the premise being a simple and familiar one -- a bachelor gets to choose from a selection of candidates based on how much they like them.

The twist here involves the cast themselves, as they can choose either love, which sets them up for a date with the bachelor, or host, which in turns sees said bachelor host the channel of the winning person.

Love or Host with Lil Nas X - Where to watch There's only one place to watch the historic event unfold, and that's on Austin Show's official Twitch channel.