by Andrés Aquino
The former OfflineTV member published a document detailing his side of the story with Poki after she released a video calling his misbehaviour out, claiming she's taking things out of context. Published on November 25th, 2020
Update: Fedmyster has put together yet another document, this time deliberately released, where he claims that sexually harassing Yvonne wasn't the reason he wanted to fire her. Pokimane replies, "who asked?"

Update: Fedmyster has confirmed that he wrote the document but claims it is an unauthorized leak and was written months ago. He issued an apology which you can read right here.

Update: Pokimane has responded to Fedmyster's allegations. Read all about them.

A length statement titled 'My Truth' and apparently authored by former OfflineTV member Federico "Fedmyster" Gaytan has been leaked in which he claims that Imane "Pokimane" Anys "manipulated the narrative" after the former was asked to leave the OfflineTV house after allegations of misconduct where levelled against him.

Following his departure from OfflineTV, a group of content creators that shared a house in Los Angeles, Pokimane blamed Fedmyster for ruining her time with the OfflineTV gang, calling him a liar and explaining how he would routinely try to isolate her from friends in common they both have. Pokimane is once again in the middle of another controversy (Picture: Pokimane)

In the document titled 'My Truth', which you can read here, Fed reveals that he has privately apologised to Lily "Lilypichu" Ki and Yvonne "Yvonnie" Ng for his past conduct and has been receiving therapy.

And while he has no immediate intention of returning to streaming, he did want to "address the individuals that I believe are twisting the truth for their own benefit," specifically one -- Pokimane.

Gaytan proceeded to give some context into the nature of his relationship with Poki, detailing how they became so close, almost couple-like following a trip to Taiwan in 2018.

"We started to have breakfast/dinner together every day. We became very flirty especially through text, started having occasional sleepovers and just in general were definitely heading in a romantic direction. It was pretty obvious to our friends and roommates something was going on, but no one really asked about it," Fed wrote, adding screenshots of private messages alongside this statement. 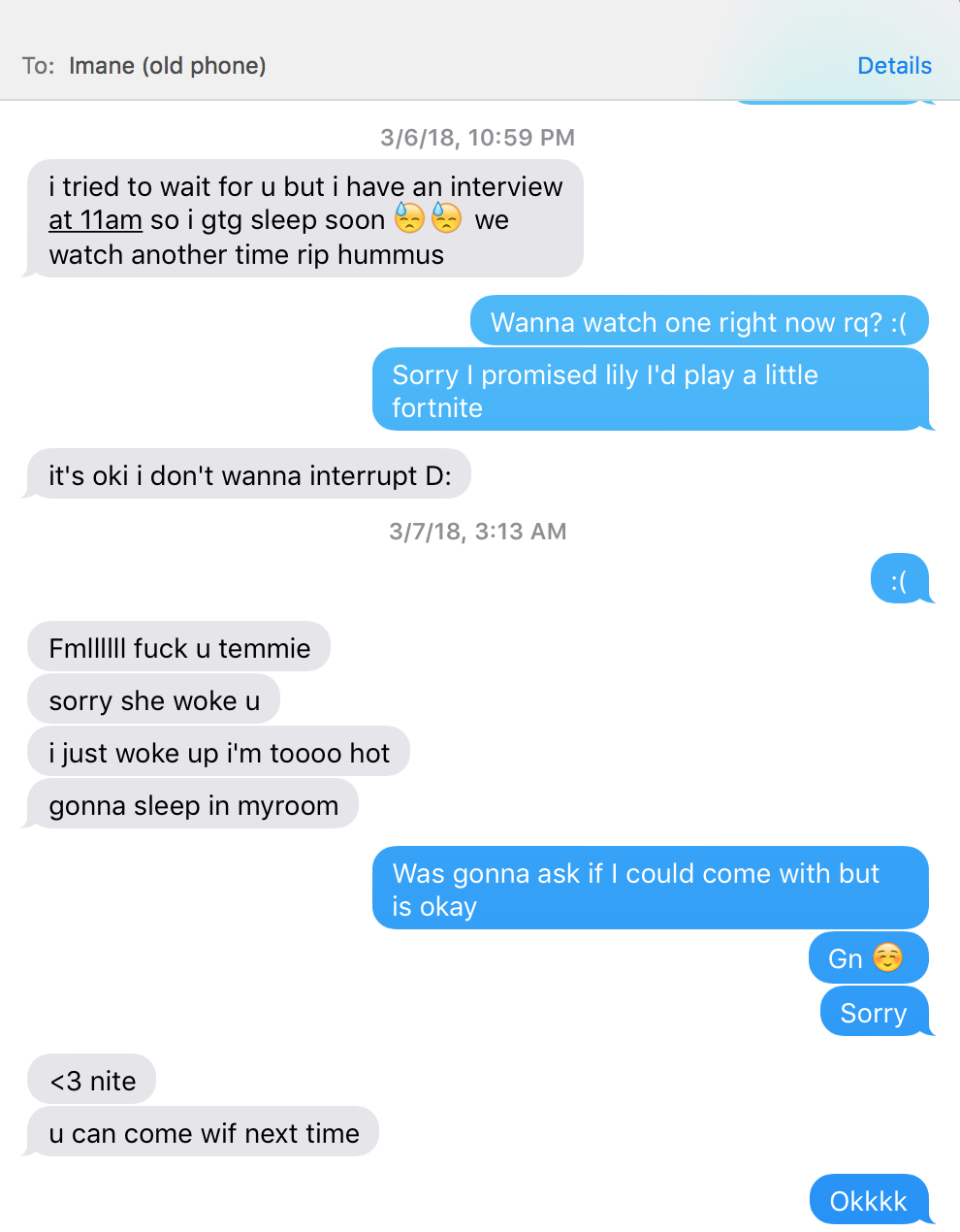 Addressing Poki's statement, where she said Fed told people they were in a relationship without her consent, the 25-year-old said that due to how obvious it looked to outsiders that "something was going on," he simply avoided giving any sort of confirmation.

"My answer was ambiguous enough that it was implied that we were dating to a degree. I never thought 'hm, is there a correct way to answer this while respecting her privacy?' Nope, I got really excited and blew it." 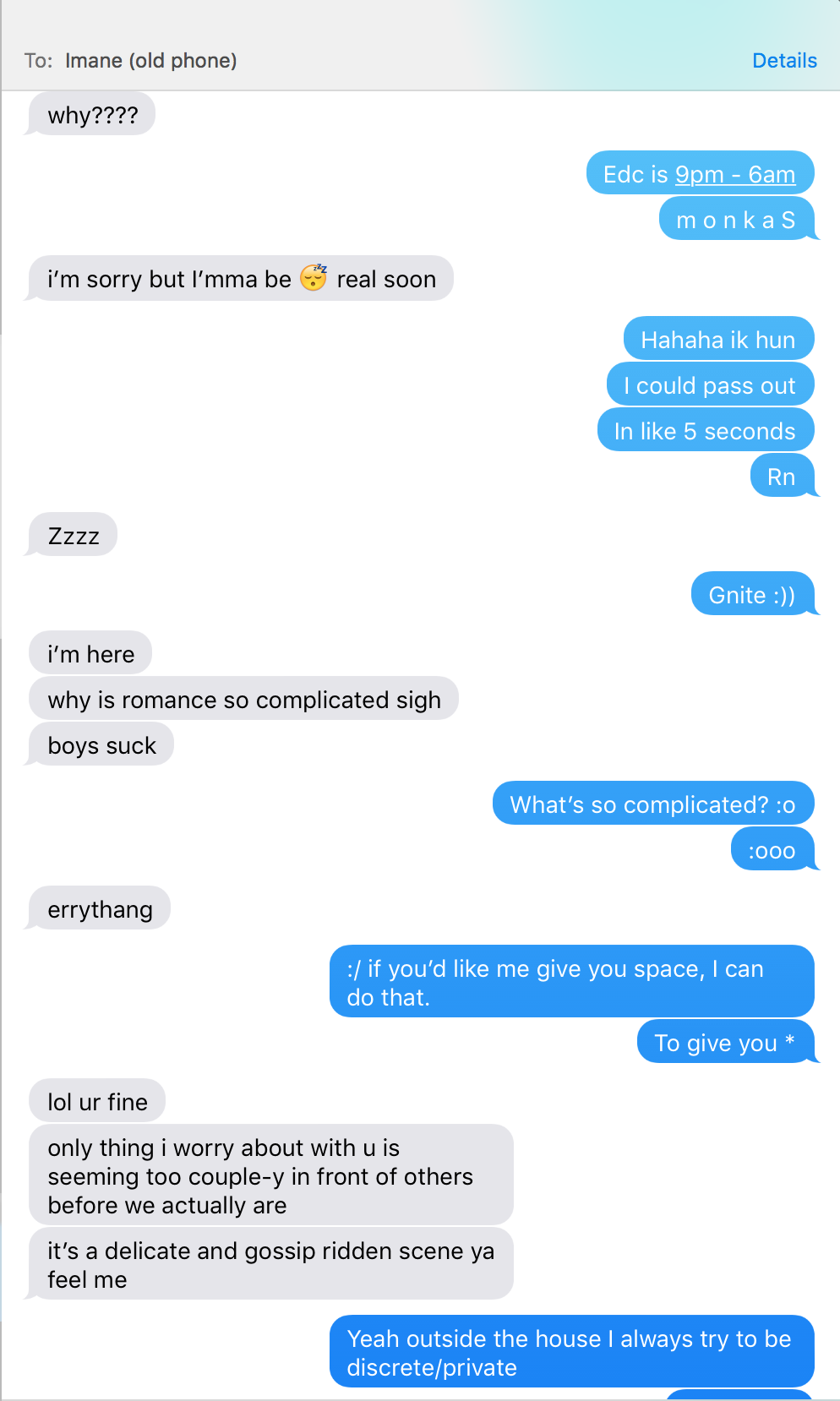 Moving to the claim Pokimane made about how Fedmyster constantly tried to confine her, turning her friends against the streamer, Gaytan called this "unfoundedly slanderous."

"So let me give a little context here since that was never provided: Poki always goes to bed at midnight, every night, without fail," Fed wrote, making it clear that since Imane's streaming schedule is very strict, she didn't have time to hang out with OTV members as much as he could.

"If I stop the stream at 10 PM, I’d hang with her till midnight. Then I would fuck off and hang out with the rest of the house or in a lot of cases. I would rarely talk to the other girls about my issues with Poki, but I sometimes did."

He then added that "it’s just nuts to hear now that I was being ‘manipulative’ and trying to make the girls hate her or leave her out intentionally. That’s complete bullsh*t. I just wanted someone to talk to." Finally, Fedmyster declared that it was Pokimane that wanted Yvonnie fired and kicked from the OfflineTV house, sharing screenshots of conversations Poki had with members of the group regarding this situation.

"In her stream Poki says that I tried to get Yvonne fired because of the incident between us. This is 100% FALSE. I never tried to get her fired, I always wanted her a part of OTV," the incident being the sexual misconduct issues that eventually got Fedmyster out of OTV.

"It was obvious I wanted to go down the content creator route, and it'd been that way for months," Fed writes, explaining that Yvonne was signed as Pokimane's personal assistant and OTV's house manager. Fedmyster claims that Poki described Yvonne as "lazy" and that she wasn't giving 100%.

"Poki suggested getting together and making a decision as a group. She first brought this up to Lily, then me, and finally Toast. She went as far as to suggest the idea that if we got a full-time house manager that as a result Yvonne would be kicked."

To close out the lengthy document, Fed states that this was written simply because he wants to "defend myself where possible; just giving context to things I felt were necessary for my
peace."

It seems Pokimane will address this issue in an upcoming stream, we'll keep you updated as the story develops.