by Alejandro Sandoval
Rust is coming to consoles, and here's everything you need to know about it, including how to register for the closed beta and when will the game become available. Popular survival game Rust experienced a huge influx of new players this year, thanks to the game's sudden popularity amongst big Twitch streamers.

Facepunch Studios saw this as a great opportunity to accelerate the development of the game and produce new content. The game has received huge new updates and content that has helped maintain a drastically bigger player base, which will grow even more in near future, as Facepunch Studios and Double Eleven have announced the release of Rust: Console Edition.

While Facepunch has confirmed that the game will be released later this year, they have not released an exact release window as it is still in an early phase of development.

However, they revealed that starting today, registrations for the Closed Beta of the game have been opened, with the Beta being active from 29th March on both PS4 and Xbox One

Rust Console Edition: How to register for the Closed Beta?

To register, you must enter the official website of the game and go to a section at the bottom of it, where you will have to enter your personal information, as well as on which console you will play this Beta. 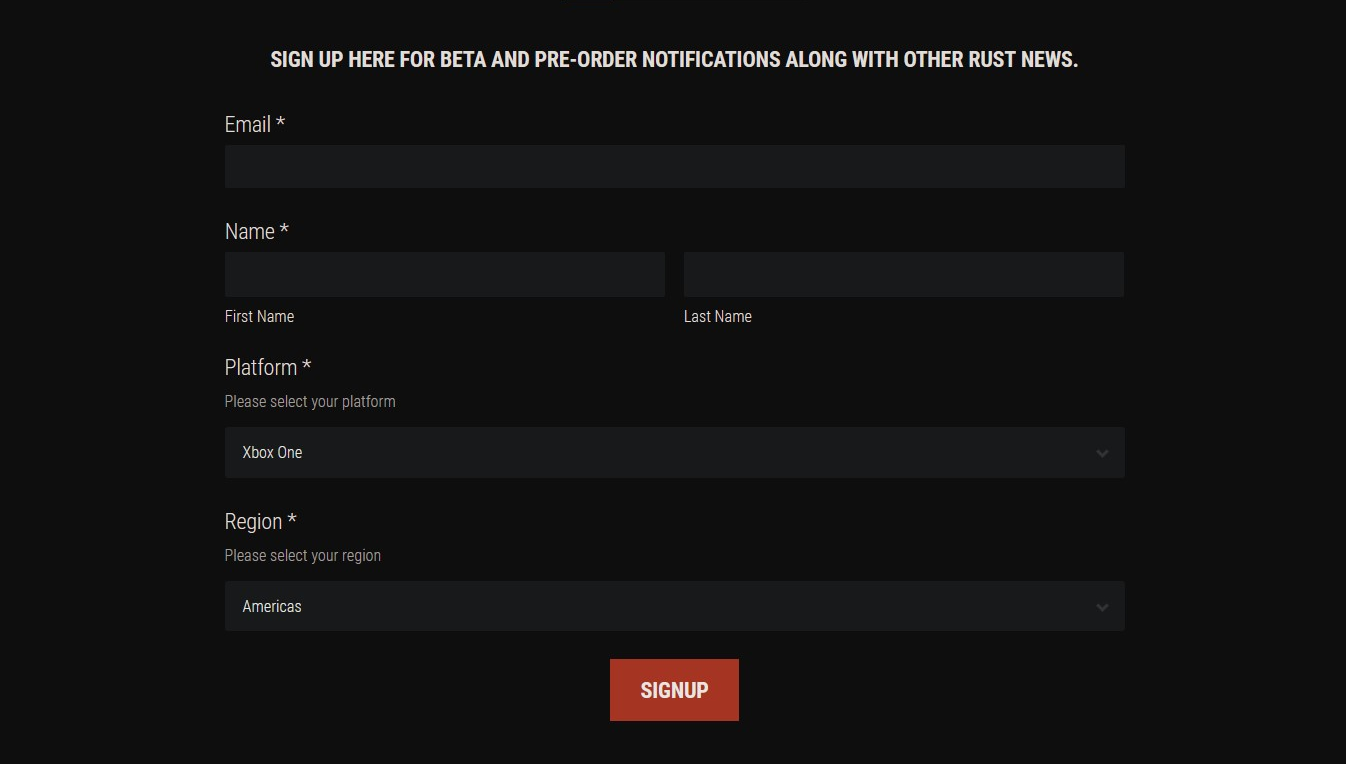 Those selected for the Beta will receive an email with the instructions to participate, in addition to receiving the key to access the game's download file.

We must clarify that the chosen players will not be able to record or share screenshots of the Beta test, as Facepunch Studios still needs to work on the console version. Following this, the studio will make some improvements for the official release of Rust: Console Edition in the spring.

Although the Beta is planned for PlayStation 4 and Xbox One, it can also be enjoyed on PlayStation 5, Xbox Series X and Xbox Series S thanks to backward compatibility. However, Facepunch Studios recommends playing it on last-generation consoles to avoid unforeseen problems.

To finish, the company reminded players that Rust: Console Edition will feature cross-play on PlayStation and Xbox; however, the feature will not work between console players and the PC version.