by Wessel Minnie
A World of Warcraft griefer called Tinyviolin69 has been banned by Blizzard while he was streaming, using 16 accounts to ruin the experience for others. Published on April 26th, 2021
There are many ways for individuals to ruin the experience of others in World of Warcraft (WoW). However, some really go out of their way to troll and grief others. One player, known as Tinyviolin69 on Twitch, went too far and during a recent stream, he got banned from the game by Blizzard. This WoW griefer used 16 accounts to destroy hours of grinding for countless players, which ended with a smack of the mighty banhammer.

Tinyviolin69 streamed his griefing escapades in World of Warcraft live, causing issues for dozens of players at a time.

Essentially, what Tinyviolin69 did was run 16 accounts at popular locations, and using the Priest class' Dispel to remove World Buffs from players. He would stand on his own corpse in Ghost Form, and quickly resurrect as well as dispel people before getting killed.

In World of Warcraft, these powerful World Buffs are difficult and time-consuming to collect. Players use them to get high damage in raids, and it costs a whole lot of effort to get them, while Tinyviolin69 dispelled them with a single click.

He used this tactic to grief his own faction, and apparently, even accepted real money as payment to leave people alone.

This has all led to Blizzard taking action, banning the infamous WoW griefer live on a Twitch stream. Check out the glorious moment below. 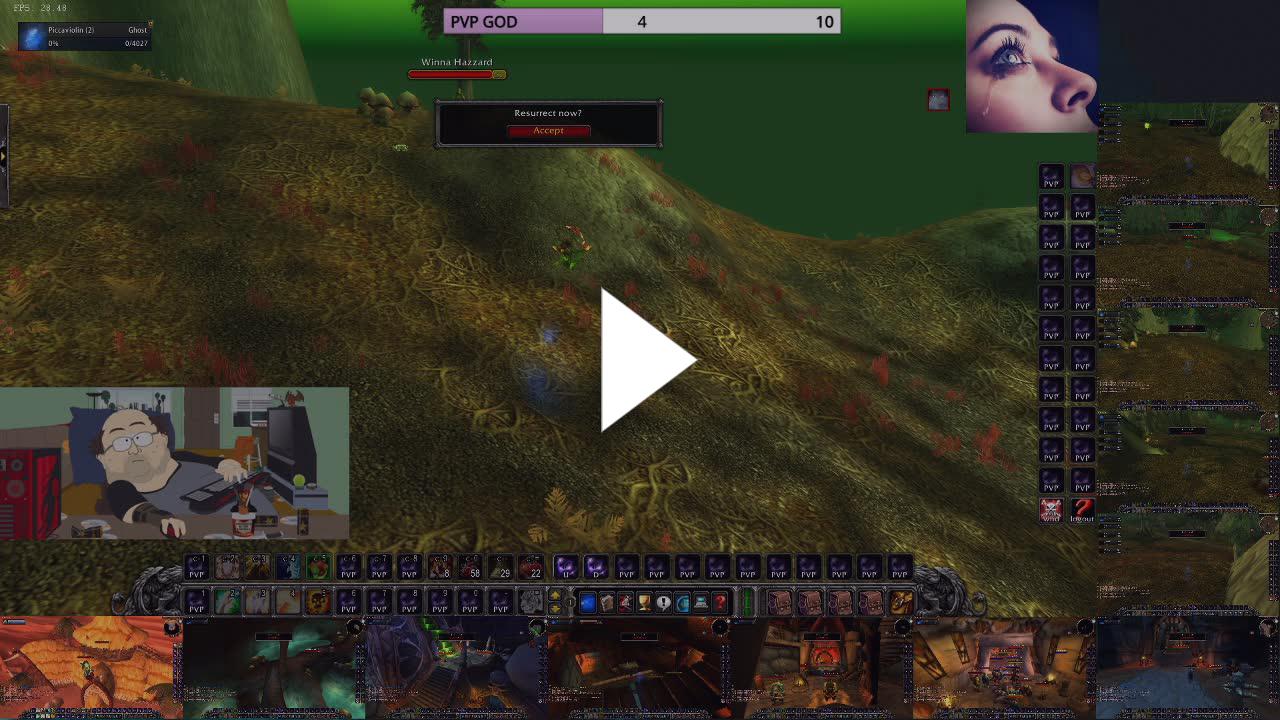 Blizzard's ToS does state they may ban players at any time for any reason. While consistent griefing might be a good enough reason on its own, and account sharing (which Tinyviolin69 was also reportedly involved in) does constitute a ban on its own, the biggest reason is probably to simply stop someone from ruining the experience of half a server.

There's no indication exactly how long this WoW griefer has been banned for, or if it is a permanent ban from Blizzard. Right now, Azeroth is a safer place for players, and those who've met Tinyviolin69 are probably celebrating the ban.