by Nikola Savic
100T's Warzone pro has once again shown his detective skills when it comes to exposing cheaters. Published on January 20th, 2021
It has been almost a full year since the release of Warzone, and the battle royale still doesn't have a proper anti-cheating system.

The cheating issue is plaguing the game but it seems that Activision simply doesn't care to implement a solution for it. The game is free-to-play which means that cheaters can simply create countless accounts over and over again without restrictions, even if they did get caught in cheating.

A lot of players are rightfully furious about it, including Thomas "Tommey" Trewren, who is currently a streamer for 100 Thieves and a professional Warzone player.

Tommey is regularly competing in Warzone tournaments and income from those events is an important part of his earnings. That's why he's extremely frustrated with Activision and their lack of action to prevent cheating in Warzone.

In fact, he decided to take matters into his own hands and starts hunting cheaters on his own.

Well, looks like we got another one. Hate that it even comes down to this but wow, shit is horrible. Hope this opened your eyes to what's really going on in a lot of these tournaments.

On 19th January, he was playing in the Mainland Gaming Warzone Invitational when he noticed suspicious behaviour by Pacesetter, a small Warzone streamer with an established tournaments reputation, who was also participating at the event.

He started to analyse Pacesetter's behaviour by watching his VODs and noticed a lot of extremely unusual moments in his playstyle. 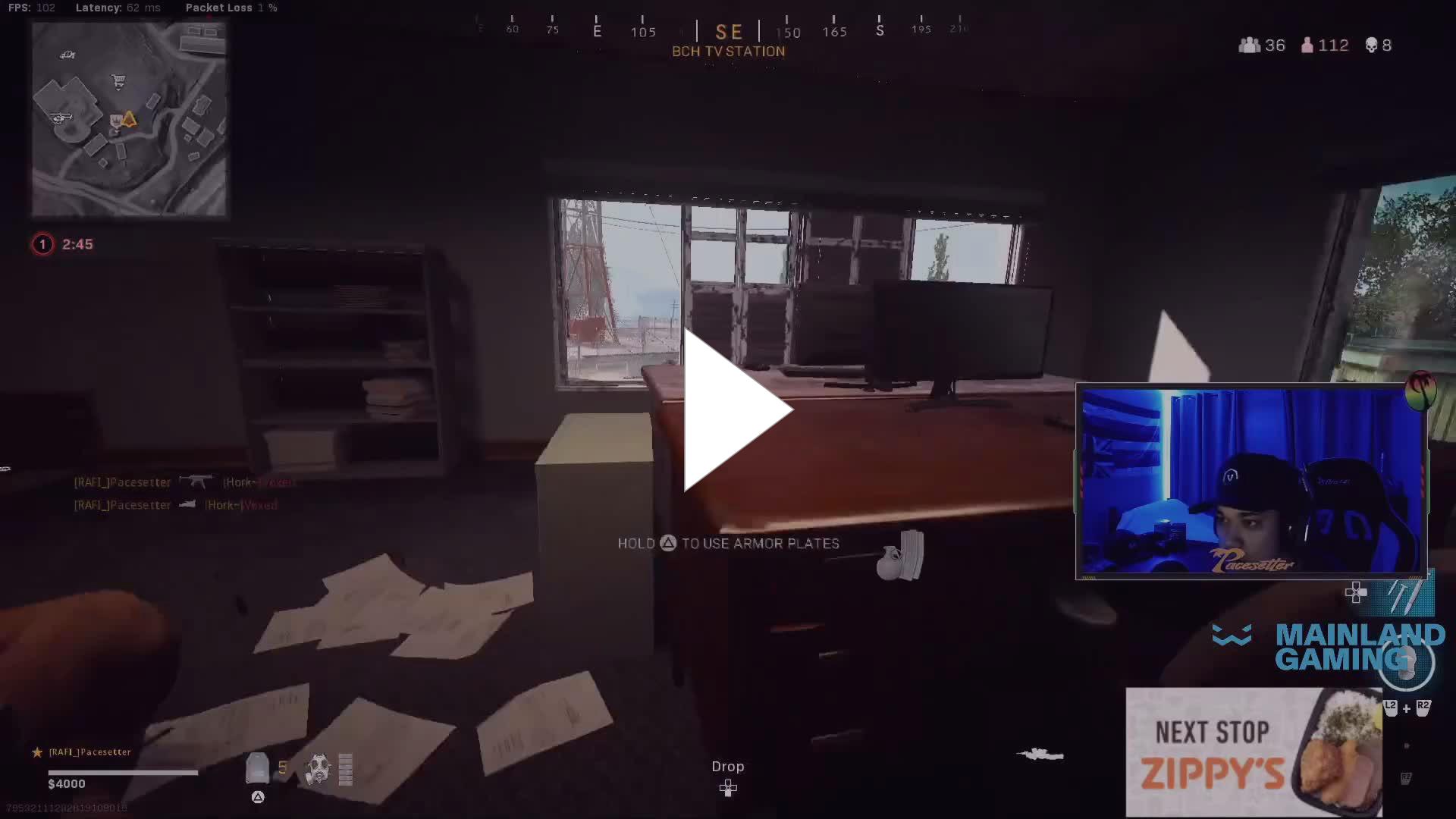 There are several instances where it seems like he is completely unaware of his surroundings or walking unnaturally straight to some locations without checking corners and potential ambushes. And in a few instances, he seems to be shooting almost blindly into enemies.

There's a moment when he goes to a location, says that there are enemies there, and then checks his Heartbeat Sensor which confirms that. When he was confronted with these accusations, he denied that he was cheating and when admins wanted to check his PC, he suspiciously went AFK for almost two hours after which he justified that by saying that he was talking with his dad.

While his behaviour is highly suspicious and his playstyle definitely has many elements that are pointing out to cheating, there is no concrete proof as there is no anti-cheat system in place and actions can not be taken against him, except for publicly calling him out, as Tommey did.

I hope you guys can understand that WZ is what I do for a living, competing and streaming. I love it and wouldn't swap it for anything, so when things like this happen it kills me inside. I really do hope something good comes from this and we can all move on, I really do.

Tommey asked his fans and other Warzone players not to make this into a witch-hunt after his anti-cheat activities went viral.

"You do not need to go out of your way to send abusive messages or threats," Tommey explained."That’s the last thing anyone wants to happen. Thank you."

As we can see, unfortunately, cheating doesn't only affect players who are playing the game for fun, but it is rampant in competitive Warzone as well, which means that the livelihood of many professional players is directly jeopardized when someone is using unfair methods while competing.

This is not the first time that Tommey is doing meticulous detective work to expose cheaters. He is known for exposing several Warzone streamers and pros for cheating over the past year, but that should be the job for Activision, not him.

Warzone's competitive integrity is on the line here and if the publisher doesn't do something about it, then who will?