It is no secret that One True King (OTK) founding member Asmongold has always been outspoken about directions Blizzard takes with World of Warcraft, and its features. His strong opinions resonate with many citizens of Azeroth. From Asmongold's reaction of the WoW Token possibly coming to Burning Crusade Classic to a hilarious exchange due to a rare loot drop, he is a WoW content creator everyone is watching closely. In Asmongold's recent Twitch stream, he once again lashed out at Blizzard due to the Shards of Domination system arriving in the Shadowlands: Chains of Domination update, and he's got a good point...

Asmongold on Shards of Domination system - "This is so stupid"

With the Chains of Domination update (patch 9.1) releasing on 29th June 2021, arrives a new raid called Sanctum of Domination, and the bosses within will drop gear with Domination sockets. Players will be able to add powerful gems called "Shards of Domination" with great effects into these sockets.

Here's the catch - throughout the Shadowlands experience, players have been grinding it out to craft legendary items, and if your legendaries are in the same slot as gear with Domination sockets, you have a problem... In Asmongold's recent Twitch stream, he lashed out at Blizzard, slamming the developer for the Shards of Domination system.

When looking at the Shards of Domination system, Asmongold explained: "Blizzard added a new system into the game that's completely unnecessary."

He then continued speaking about players' decisions about legendary slots, stating: "This is a meaningful choice. I think a lot of the meaningful choices people are making whenever they see changes like this is the choice not to play the f$#king game! This is so stupid, I can't believe it."

Asmongold read a tweet replying to WoWHead's guide on the Shards of Domination system, noting how C9 Venruki is one of the most positive people ever in the community. Asmongold responded to this statement by saying: "Well, yeh. The first choice you made which was bad was playing, to begin with. That's the way it f&$king goes. I don't know what their [Blizzard] is thinking man. Which moron is making these decisions? There has to be an absolute f$#king idiot at Blizzard designing and deciding these things."

Despite his reaction looking like a rant, Asmongold has a very good point. Due to how the Shards of Domination system will work in Shadowlands once the Chains of Domination update goes live, players will have to recraft their legendary items to get the powerful bonuses they desire.

Watch the clip from Asmongold's recent stream below. 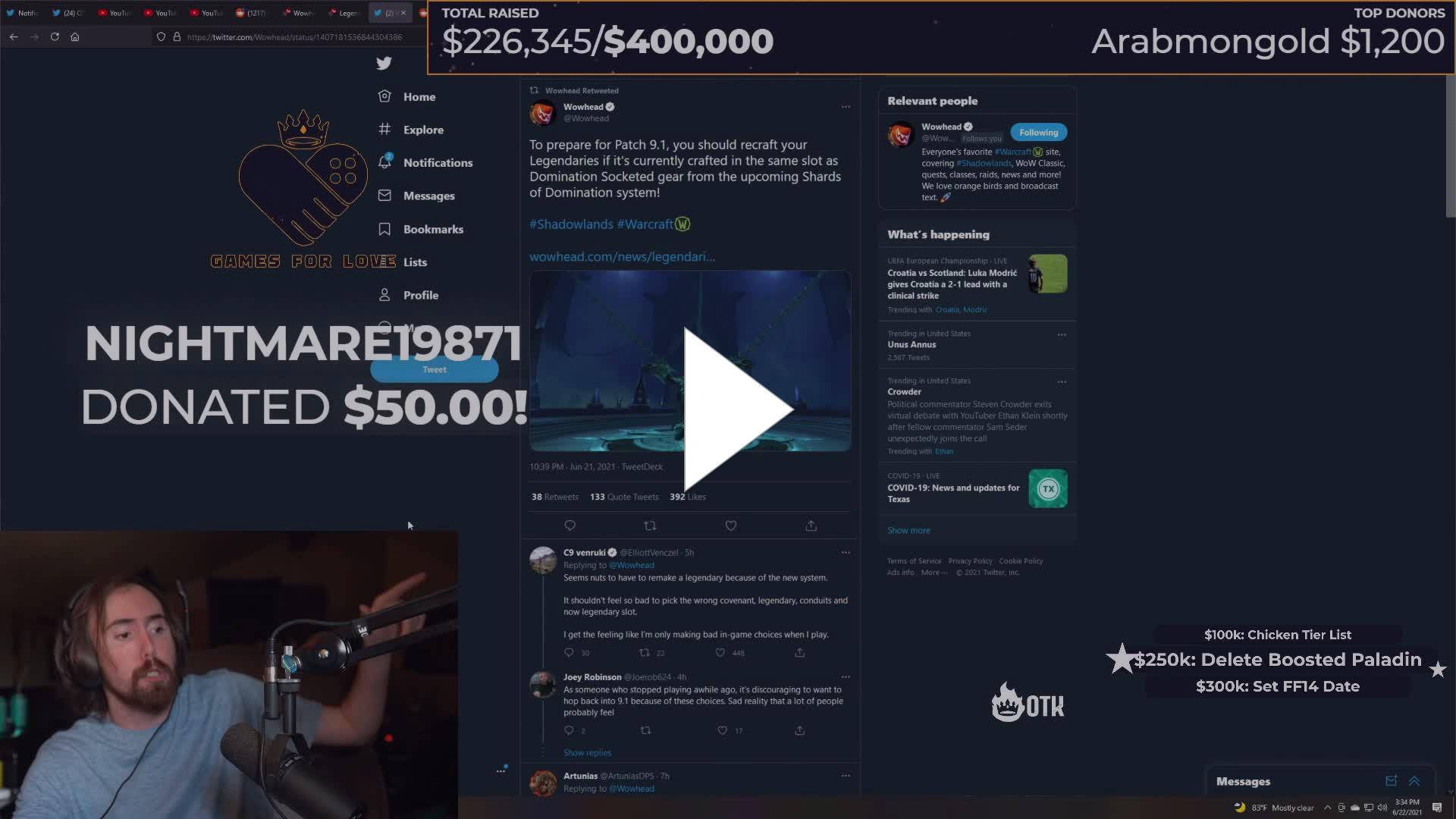 It seems very unnecessary to implement the feature in such as way and having WoW players do a lot of work just because they had legendary items in a specific slot.

Don't forget to check out our dedicated World of Warcraft section for guides, news and much more on Shadowlands...and wherever we venture to next.