Who is Asmongold? Pretty fly for a WoW guy

Chadley Kemp
Published: Jun 7th, 2021, 05:12
Ever heard of Asmongold? No? WoW. Don’t worry, we’ll break it down for you, detailing a bit about his history, rise to fame and love for all things Warcraft. Asmongold is a fiendishly popular American Twitch streamer and YouTuber. He is also a highly regarded figurehead in the World of Warcraft community. Incidentally, he is also a self-proclaimed "professional neckbeard" (kudos for embracing the MMORPG stereotype). His rise to fame began in the Summer of 2016, where he swiftly amassed a large cult following on YouTube. He is considered highly influential and is a founding member of the gaming organization, One True King (OTK). He also has a ravenous addiction to Taco Bell.

Asmongold Bio: Who is Zack?

Here are some quick facts about Asmongold to get us started, before diving into the nitty-gritty details of his stardom. Asmongold began playing games from an early age, before embracing the Warcraft franchise in 1997. He has been streaming on Twitch since 20 November 2011 and has over 307 million views on YouTube to date.

Upon the release of World of Warcraft Classic in 2019, Asmongold surged in popularity and maintained his position as one of the most popular Warcraft streamers, ahead of the subsequent release of Shadowlands later in 2020.

Around this time, Asmongold also formed the organization "OTK" with co-founders Mizkif, Esfand, Rich Campbell and Tips Out (see image below). OTK focuses primarily on content creation and fields a competitive professional World of Warcraft team. Asmongold maintains that the group "[built] the org around friendship in general" and is regarded more as a media house, than an esports team. Overall, the establishment of OTK was positively received by fans and currently houses a roster of professional World of Warcraft players, including Trill, Mes, Cdew and Samiyam. Earlier this year, the team competed in the Shadowlands Arena World Champions, placing 3rd in the North American division.

The organization has also participated in charity events, collectively raising about $800,000 USD for Games for Love.

Despite his popularity in Warcraft, Asmongold is actually a variety streamer, playing other games such as Dark Souls, New World and PUBG. He has amassed over 6,500 streaming hours, with over 160 million hours watched. To put things into perspective, Asmongold essentially maintains World of Warcraft in the Top 10 Most Watched Games on Twitch by himself, every month.

He also talks about community issues on his streams and has previously raised large sums of money for charity. Way to go on using your influencer powers for good, bro!

In case you’re into neckbeard fandom, then we recommend you check out the highlights of his steamy shower charity stream, linked below. It’s also quite entertaining watching him struggle to eat a salad for the first time.

Asmongold took a break from streaming earlier this year in January, initially remaining vague about this decision. About a month later, he opened up about the reason for his leave.

In a lengthy video, he explained that his hiatus was due to a breakup with his girlfriend, Pink Sparkles; which we added was a mutual decision.

As far as we can tell, the dust has settled and Asmongold has been back in action, sharing his passion for Warcraft with his fans.

To get a glimpse of what we’re talking about, check out this clip from one of his recent streams (caution: the clip contains quite foul language). 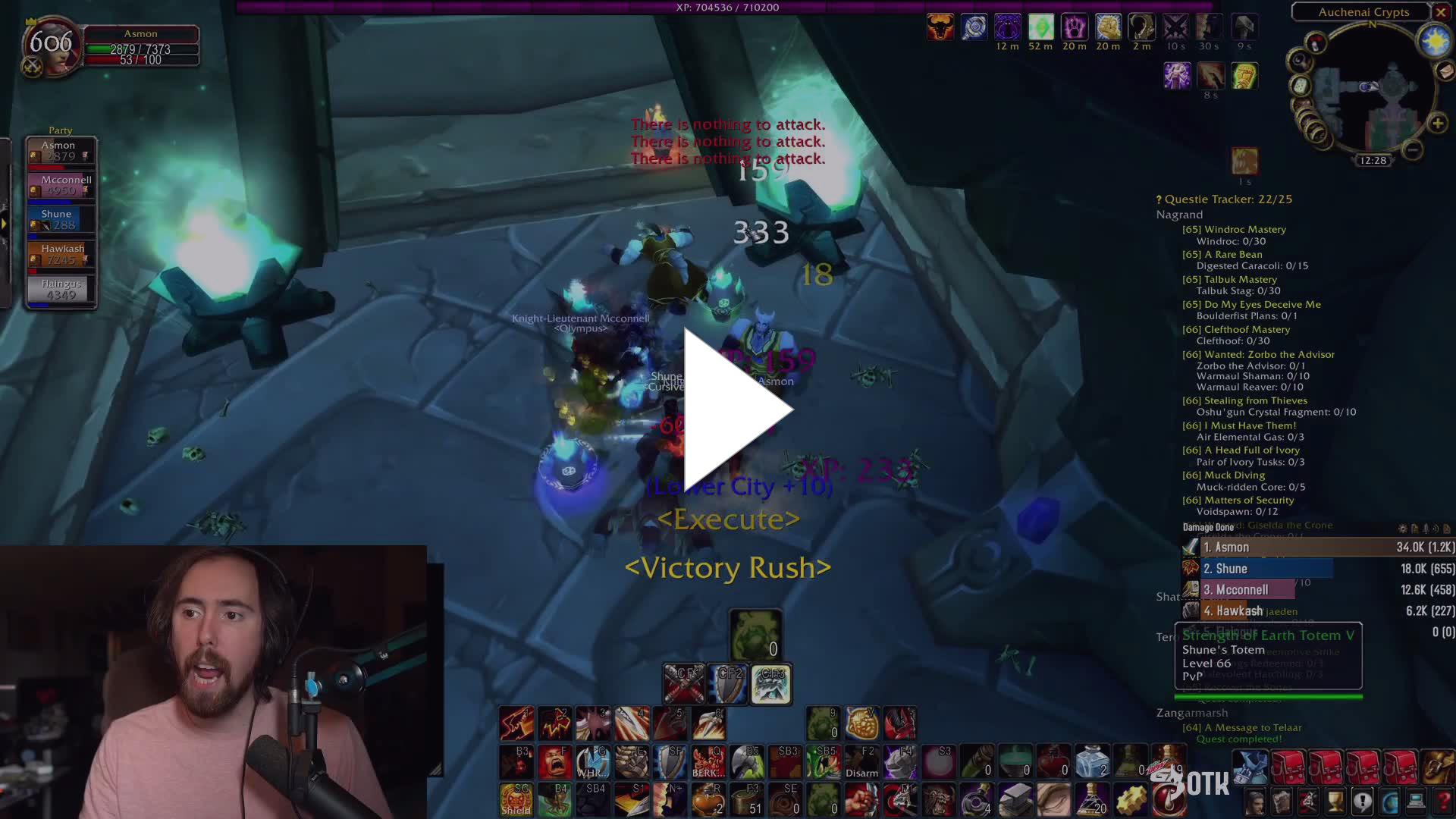 We hope that you now have a better understanding of who Asmongold is. If you’re interested in this type of content or if you want to join the neckbeard gang, then be sure to check out Asmongold’s socials linked below.

Check out our dedicated section for everything World of Warcraft, from guides to news, leaks and more.