Wessel Minnie
Published: Jul 21st, 2021, 08:45
The World First race in the World of Warcraft: Shadowlands Sanctum of Domination raid has come to an end, as guild Echo managed to take down Mythic Sylvanas Windrunner. World of Warcraft players have been enjoying the Shadowlands: Chains of Domination (patch 9.1) update filled to the brim with content since its release on 30th June. As is tradition, with every new raid, comes the race for that coveted World First clear, and Sanctum of Domination is no different. On 14th July 2021, the Mythic difficulty version of the raid finally opened up, and top guilds poured into the Sanctum of Domination for their chance at glory. Now, just before the weekly WoW reset, one guild has managed to kill the Mythic difficulty version of Sylvanas Windrunner, the final boss of the tough-as-nails raid.

The Echo guild from the Tarren Mill (EU) server is no stranger to World First races in World of Warcraft. However, Complexity Limit (US) has been the favourite in getting World First kills until Echo's sensational Mythic Sylvanas kill took place.

Echo came in with the World First Sanctum of Domination Mythic difficulty clear by taking Sylvanas to 45%, effectively downing the boss and claiming their spot as the top guild in the world...of Warcraft. The race was, without a doubt, one of the closest ever, with Complexity Limit getting the 45.4% the previous day.

After the reset, Complexity Limit managed to kill Sylvanas in one pull with a higher item level than their previous attempts, 13 hours after Echo, as they had to reclear all the bosses and get a few more items along the way.

That just goes to show that if Echo didn't kill Sylvanas on their final attempts before the weekly reset, Complexity Limit could have won the Sanctum of Domination World First race.

Check out Echo's celebration of the World First Mythic Sylvanas kill below. 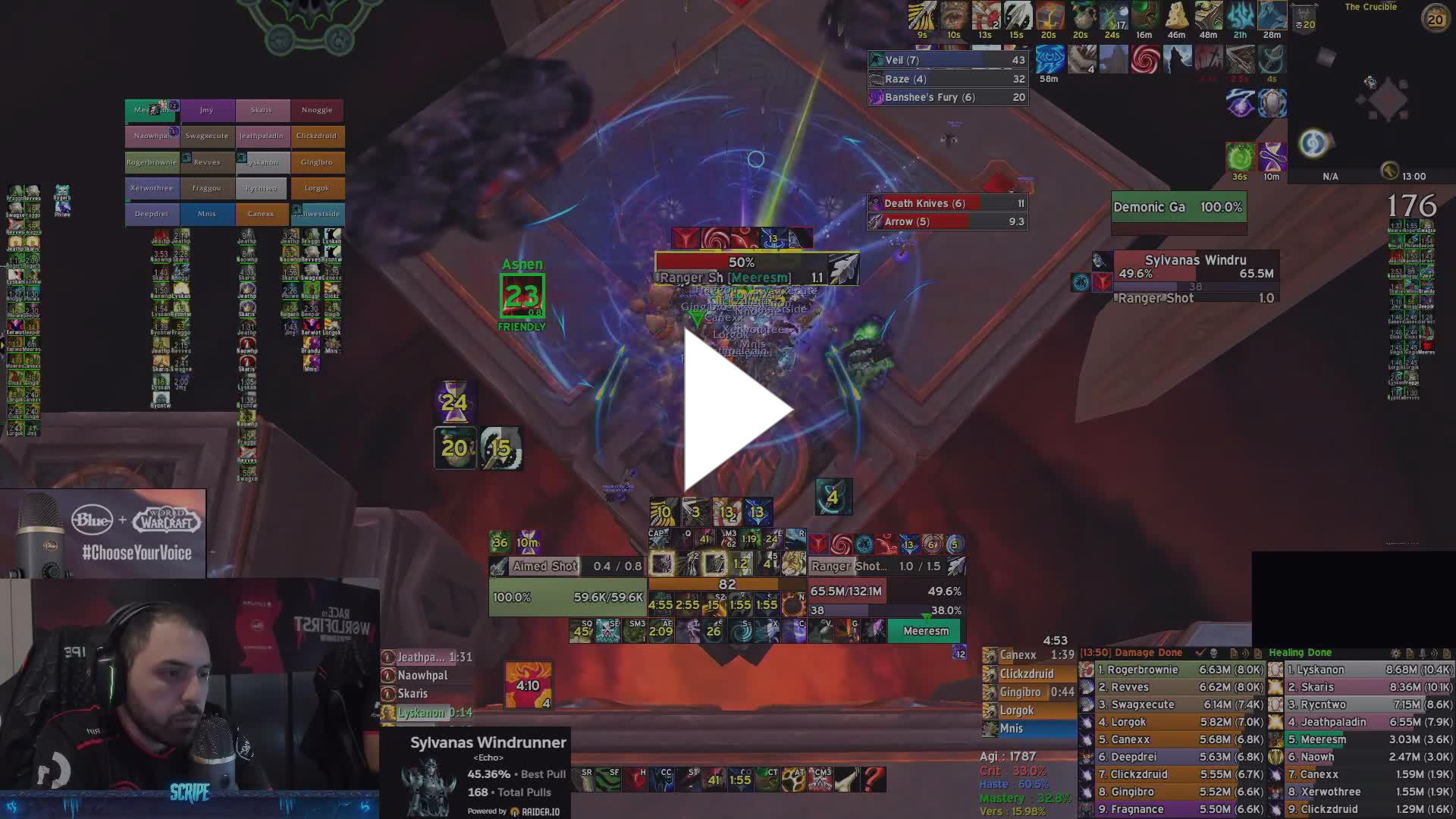 Echo killed Mythic Sylvanas on their 169th attempt, while Complexity Limit had 213 pulls on the boss before their inevitable success.

It is also interesting to note that in the middle of the World First race, Blizzard implemented a hotfix for the Sylvanas fight, negating one of Echo's tactics in the process.

The hotfix in question added an enrage timer to the Mawforged Colossus which spawns during the second phase of the fight, in case you were wondering.

If you want to know more about the race to the World First Mythic Sylvanas kill, we suggest you check out Warcraft Radio's excellent YouTube videos.

A big congratulations go out to Echo for their determination to take down Sylvanas Windrunner and claim the World First Mythic clear! How To Reset WoW User Interface (UI) For Dragonflight