by Wessel Minnie
What you need to know about Hitch's $20k Black Ops 2 Invitational, including how to watch, the prize pool, schedule, teams and more. After an entertaining Cracked Creators tournament, TSM's Davis "Hitch" Edwards is back with the fourth and final Call of Duty League offseason tournament, all for a good cause. Here's what you need to know about this throwback tournament, called the Hitch's k Black Ops 2 Invitational, from how to watch to the schedule, format, prize pool and the teams competing.

So far, the three offseason tournaments from Hitch has raised 24,100 USD for suicide prevention and mental health awareness.

The Hitch's $20k Black Ops 2 Invitational, in collaboration with Roccat, Turtle Beach and Scuff, has a prize pool of $20,000.

Today we were hosted and introduced to so many awesome communities. We successfully threw a very entertaining Warzone tournament. We announced the first online BO2 tournament in 4 years.

Prize pool distribution is currently unknown. However, it is all for a good cause and should be excellent to watch considering the pro Call of Duty players as well as content creators involved.

While DrDisrespect ran into stream snipers in the Cracked Creators tournament, the two-time is back with Hitch's Black Ops 2 Invitational, alongside seven other creators.

The teams for Hitch's Black Ops 2 Invitational feature some top Call of Duty creators, as well as pros. This includes the 2014 world championship team of Crimsix, Karma, TeePee, and ACHES. Check out the full list of eight teams below:

This is, without a doubt a star-studded lineup, which is sure to make the tournament something not to be missed by Call of Duty fans.

The Hitch's Black Ops 2 Invitational will be a 4vs4 tournament and is set to be played on PC with Mouse & Keyboard.

At the time of writing, the exact tournament format has not been revealed.

For those in the UK, that's 19:00 GMT. There's no indication from the tournament organizers on how long it will last but fans can expect several hours of great esports action.

You can watch the Hitch's Black Ops 2 Invitational on Davis "Hitch" Edwards' Twitch channel. Alternatively, the likes of DrDisrespect should be streaming his point-of-view on his YouTube channel, giving fans a lot of options. 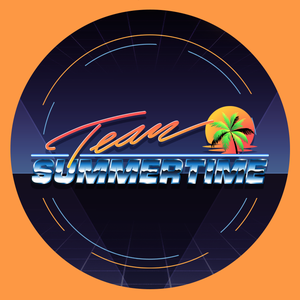