TimTheTatman learns from cheater on Call of Duty: Warzone that bans are only account-based

by GINX
TimTheTatman curiously asked a cheater on Call of Duty: Warzone whether he receives account bans or hardware bans, and the cheater responded hilariously. Published on September 18th, 2020
Call of Duty: Warzone is a fantastic game, but cheaters and hackers have been running rampant and it’s become a major problem. Timothy “TimTheTatman” Betar had a rare opportunity to have an honest and sincere chat with a teammate who happened to be cheating. He seized the moment and even learned a thing or two. 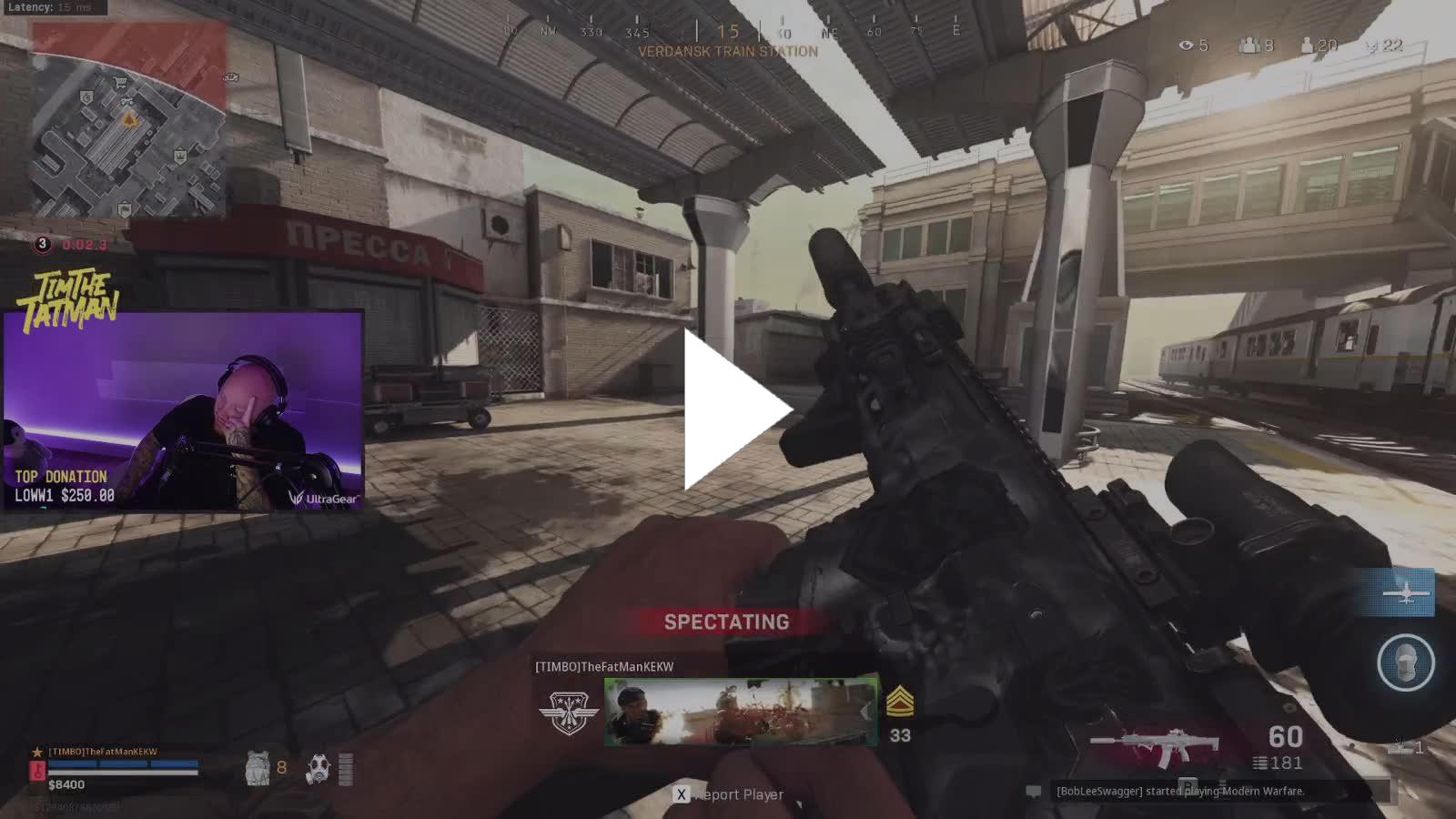 “I have a legit question about cheating,” he said, curiously. “Are your accounts getting banned? Yes or no? Is it just the account?”

“Yeah,” replied the cheater. His openness and willingness to answer prompted TimTheTatMan to dig a little deeper. “Like is it just an account though? Is it not hardware?” he added.

“Yes,” said the cheater. It was nice to see a cheater actually respond to the question, and a rare reminder that despite their antics, they’re probably ordinary and decent people for the most part. However, it didn’t last long.

Moments later, the cheater decided to rambunctiously provide TimTheTatman and his squadmates with an extended demonstration of his cheats in action.

“Yeah buddy!” he yelled, as he proceeded to flawlessly mow down two opponents in the air who were descending a mile away. “Fire it up!” he added. Tim and his other teammates laughed and cheered as they watched on in awe.

The cheater was clearly using an aimbot, which is the most common cheat used in FPS games. But Activision has been ramping up their efforts to crack down on cheaters as well as those who create them.

Of course, it’s practically impossible to stamp out cheating and hacking once and for all. But some action is better than none, and it’s good to know that they’re at least making an effort.