by Andrés Aquino
Usually a fighting games streamer, Maximilian dabbles in the world of Call of Duty constantly, striking gold with an unexpected kill in the battle royale. Published on September 14th, 2020
In the world of battle royales, a usual rule of thumb is to expect the unexpected, as the simple nature of the genre invites chaos and no better example of this than the moment Maximilian Dood experienced on his Twitch stream.

A predominant figure in the fighting games community, being a big voice of the scene that uses his platforms to showcases a wide variety of titles to his more than 2 million followers across Twitch and YouTube, Max also likes to spend time playing Call of Duty: Warzone, the free-to-play battle royale that's become a massive success since its release last March. During one of his most recent streams, Max found himself playing Solos, trying to overcome 149 other players to become the King of Verdansk. As he decided to pick up a truck making his way to a Loadout Drop, a box filled with player-created loadouts that can randomly spawn across the map or be bought in buy stations, he stumbled upon an unexpected, yet welcomed surprise.

As he got near the Loadout Drop, a small exp marker popped up on his screen, 300+. Clearly, Max ran over another player looking to get their hands on some sweet loot, without even realising what he had done. 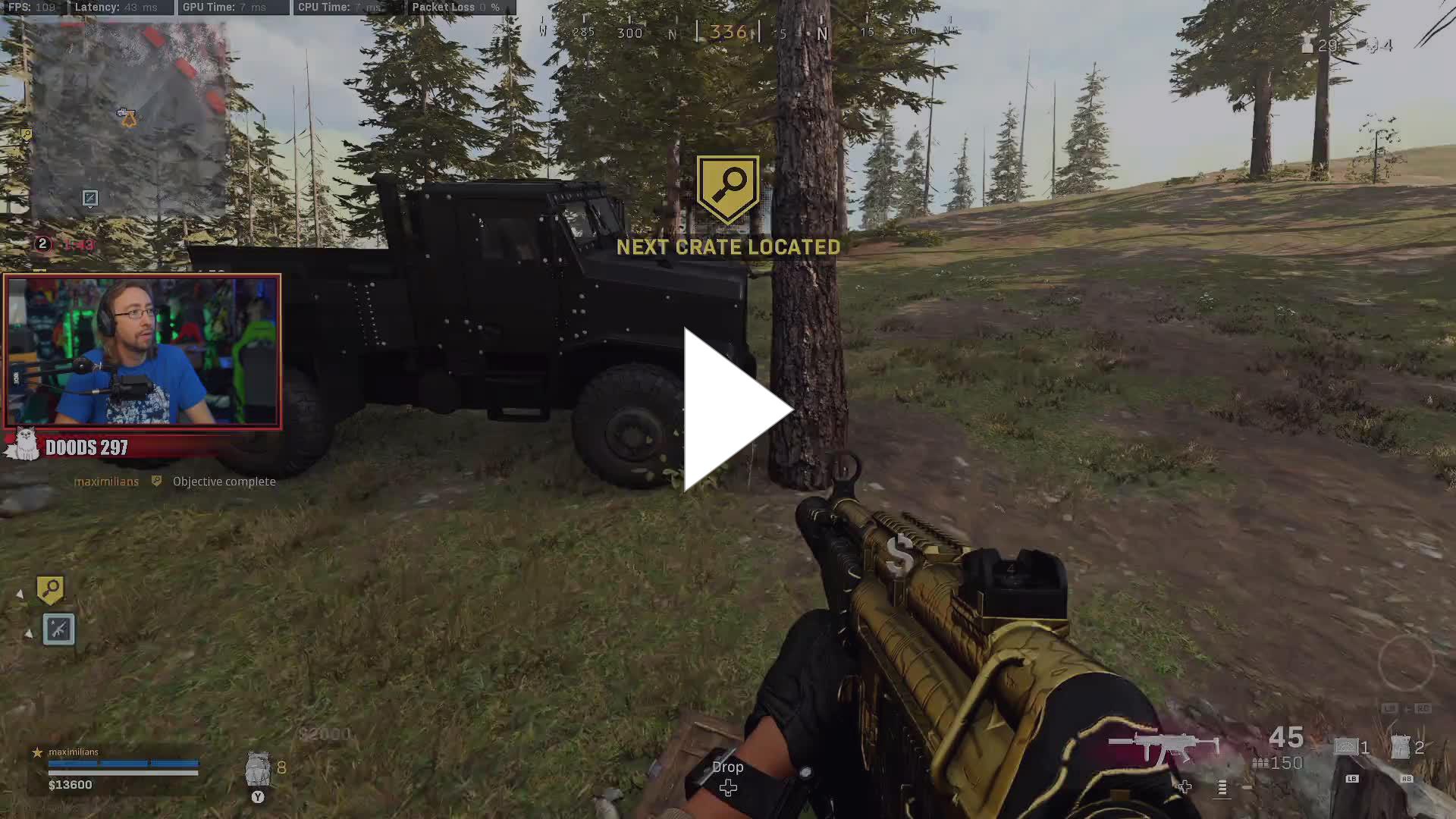 In disbelief, he got off the vehicle and made his way to the point he not only got the exp marker, but a scream was heard. Sure enough, a complete stack of loot was right there waiting for him, left behind by a now-dead player.

Next time you hop in a vehicle in Warzone, you never know what, or who, you may end up running over.

For more on Warzone, check out the best Origin 12 loadout according to Nickmercs.