by Wessel Minnie
In a World of Warcraft: Shadowlands world first, a player called HeadyAF has reached level 60 with all 12 classes after 165 hours of grinding. Published on December 1st, 2020
A player going by the name HeadyAF has achieved a world first in Shadowlands by levelling all 12 classes to 60 just over a week after the World of Warcraft's expansion launched. This is a massive feat, which took roughly 165 hours of constant grinding. HeadyAF decided to go for this attempt in Shadowlands only one hour before the expansion's release, and it paid off.

To quote South Park's famous World of Warcraft episode: "What do you say, guys? You can just stay outside in the sun all day, or you can sit at your computer and do something that matters..."

This is exactly what HeadyAF did, playing the expansion for roughly 165 hours since it's release. For his effort, he becomes the first player in the world to level all 12 classes in the game to 60, which is no small feat. Speaking to WoWHead in an interview, HeadyAF explained how his world-first attempt in Shadowlands got started:

"Greetings friends, my name is HeadyAF; and being the spontaneous, sweaty nerd that I am - I decided one hour before the release of Shadowlands that I was going to bore myself to tears and level all classes to 60, seeing as there is little else to do for the first week.

"While on Discord with my friends Sadlylate and Pilav they taunted me into the challenge of levelling all classes to 60 - I was planning on doing this prior to them poking fun -- but I thought to myself, 'Why not?'" 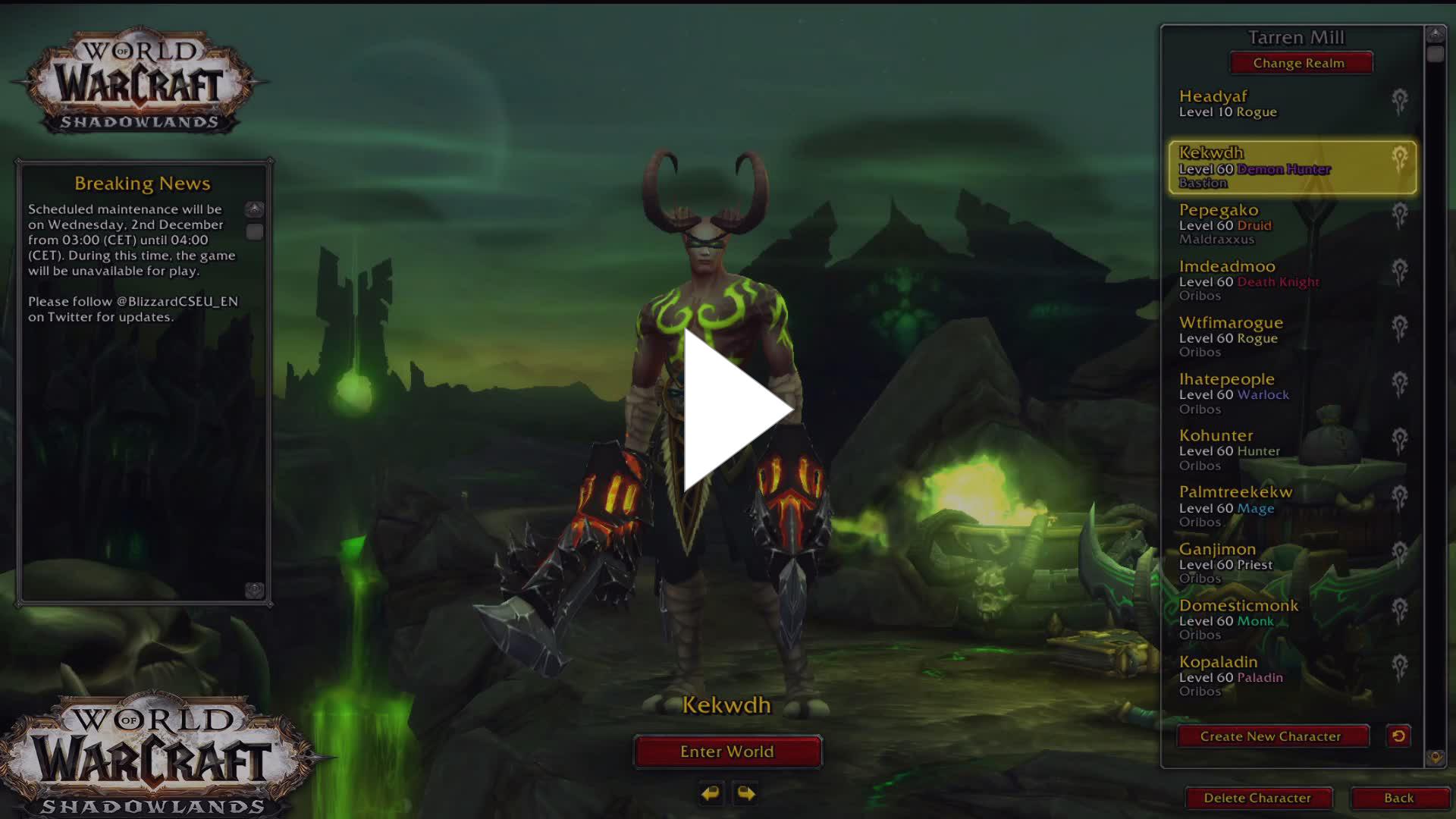 HeadyAF needed some real-life buffs to boost himself for his Shadowlands world-first attempt, using pre-workout powder, energy drinks and caffeine pills. Do not try this at home...

He already had 12 level 50 characters on his realm but went in with zero other preparation, so he didn't take the fastest route possible to get the job done.

HeadyAF also provided some tips for players who want to level multiple classes quickly. These tips include:

So what's next for HeadyAF? Well, the player is currently waiting for Mythic+ to open, and the goal is to become a top 100 player. However, he hasn't completely settled on a class just...or he will level up 12 more classes just for the heck of it.