by Kevin Wolff
As Warzone continues to hold major weight in the world of gaming, popular streamer JGOD is hosting his very own tournament. The competitive Warzone action will span four days with a $100,000 prize pool at stake, so here’s everything you need to know about JGOD’s tourney. Published on June 3rd, 2021 Updated June 4th, 2021
It’s been a hectic period in competitive Warzone lately, as content creators HusKerrs and Nadeshot both recently hosted major events in that space.

Now next up for a Streamer-hosted Season 3 event, JGOD is waiting with a pile of money for the top Warzone players around the world.

Over the next week, we’ll see four full days of all-out Warzone mayhem as the contestants battle it out for their share of $100,000. All of the action will be live-streamed for interested viewers, on both JGOD’s channel as well as others. As stated by the host himself, the first day will consist of Pool Play with the first 6 captains going head to head in 2 vs. 2 play.

More details about the rules and format will be revealed at a later date.

At the time of writing, no players have been revealed, but we will update the article once more details have been shared.

Excited to announce that we’re going to be Hosting our Own Tournament with $100,000 in prize money over 4 Days. Pulling together some of the best @CallofDuty Warzone players.

Similar to other COD Warzone tournaments, the entire event will be hosted on JGOD’s Twitch channel. However, this tournament will offer multiple viewpoints, as each individual competitor will also be live-streaming their gameplay.

It’s certainly shaping up to be an exciting weekend of competitive Warzone play. Make sure to stay tuned to our Call of Duty page for updates throughout this exciting period of Warzone gaming. 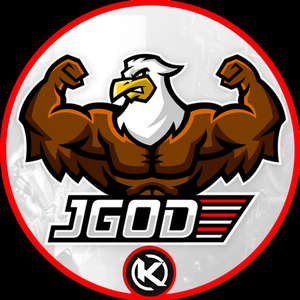 JGOD_Gaming - TwitchI am a Call of Duty Tips and Tricks Channel Geared Towards Helping Players Improve.Twitch