Wessel Minnie
It appears that thanks to hackers, many innocent players including the likes of NICKMERCS have received full, free Dark Matter camo unlocks and level 1000. Published on July 13th, 2021
It is no secret that Warzone has a cheating problem, and some "hackers" even openly stream their antics, while console players are calling for console-only cross-play to get away from the hackers. However, they might just change their minds after the latest incident, where some players have received level 1000 and free Dark Matter camo (yes, including Ultra) after allegedly running into a hacker. Here's what we know so far about the strange yet glorious glitch in Warzone.

It appears like a new type of hacker is "plaguing" Verdansk, possibly using a glitch to unlock Dark Matter camo on all Black Ops Cold War weapons, and raise others' accounts to level 1000.

Well, that's the popular theory, at least, as nobody knows for sure what is going on. However, multiple instances of accounts being raised to level 1000 and players getting Dark Matter camo against their will have been reported.

As you might have noticed from the image above, this even happened to famous Call of Duty content creator, Nick "NICKMERCS" Kolcheff while he was streaming some matches live on stream!

The clip below showcases the aftermath of NICKMERCS running into this new type of hacker in Warzone. 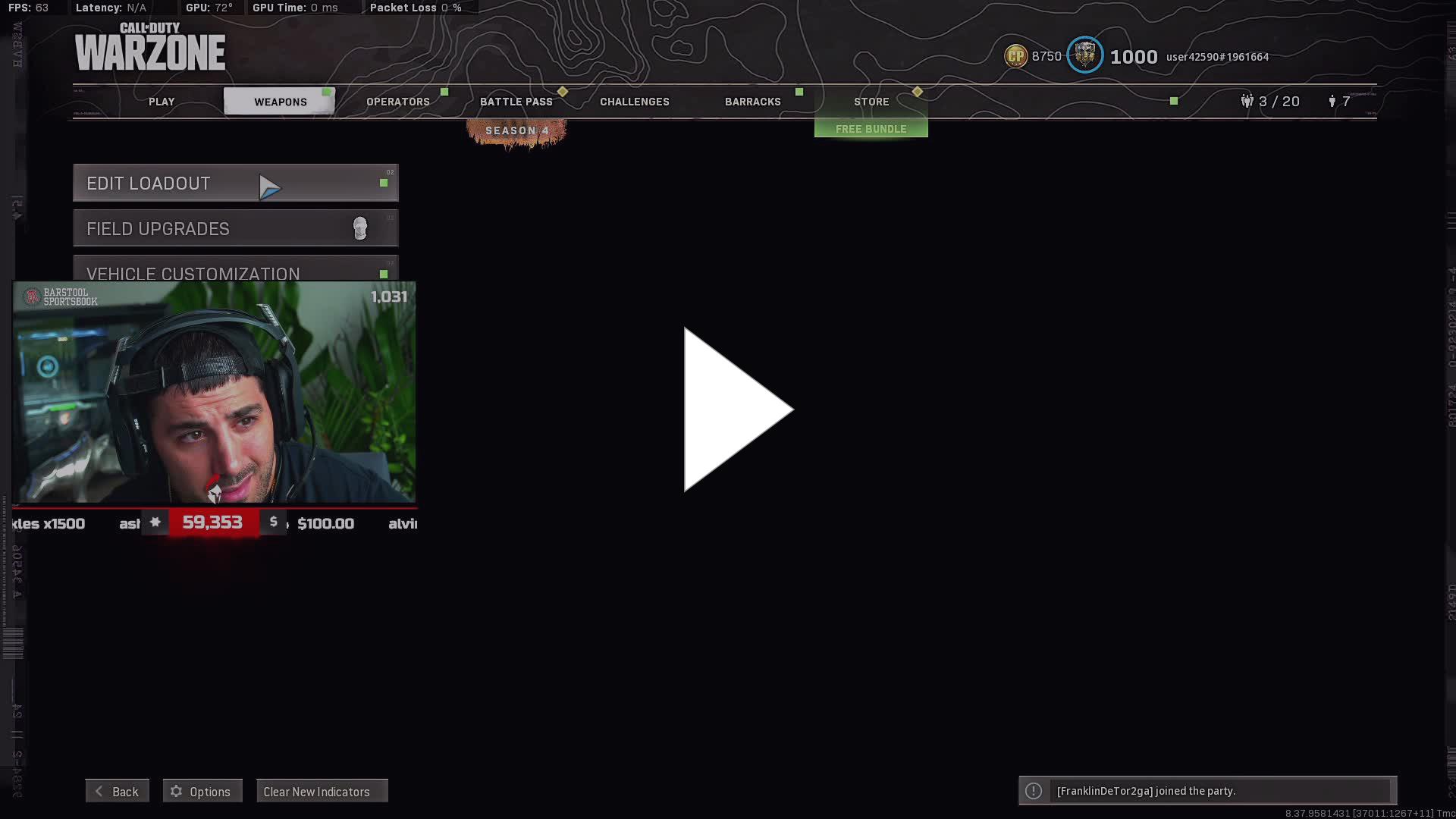 NICKMERCS and his fellow teammates laughed about the issue, as he realised he now has Dark Matter on all his Cold War guns, and a level 1000 account, unlocking all the goodies that go with it.

Seeing the coveted Dark Matter camo being unlocked for free is mind-blowing, really, as Verdansk is simply getting more chaotic as each week passes.

How to get free Dark Matter camo in Warzone?

If you are wondering how you can get your hands on free Dark Matter camo in Warzone, then we have some bad news for you.

You will have to grind it out unless you get lucky and kill a hacker as NICKMERCS did. However, it is very likely that Activision will revert back accounts affected very quickly, as soon as the Season 4 Reloaded update if we had to take an educated guess.

While this is an extremely weird glitch, with the popular opinion being it is due to killing a hacker, it just once again goes to show Warzone definitely has some problems. If you've received free Dark Matter camo and level 1000 on your account, don't expect to keep it for long.